Some screenshots of Nokia Belle Homescreen are provided below:

After porting the Belle Shell to the s60v5 phone as default Homescreen, the team achieved a total of 50MB Free RAM. But it will eventually decrease usage. What we got to know from the developer of this app is we can expect a new and improved version sooner in the coming days or months.

The Project developments are going on Nokia Belle Homescreen ported to Nokia s60v5.

Team PhoeniX member Destroyzer interacted with the Belle shell developer for some queries and suggestions. We have provided the original mail replies as below:

Here is what Destroyzer tried to interact with the developer :

I want to talk something about your application called Belle Shell.

I think you don’t know, but everyone about Symbian^1 (S60v5 devices) are searching for things that made our old phones be like the new Symbian Belle OS or something close.

And you released Belle Shell. Bro, everyone is happy now! We can feel like using original Belle OS in your devices. Thank you so much by that.

But, now I have a question for you and please do it!

We trying to preinstall Belle Shell to autostart in firmware as default homescreen/menu manager, but some bugs was caused, like phone changing to Offline mode, Belle Shell loop closing/opening, etc. But we get it and succesfully ported to firmwares.

Now, we have new points to reach. First, make hardware keys compatible with Belle Shell, next do some improvements in your app by ourself.

See, I edited your app to get minimum 1 homescreen, I did it by editing .qml files. Also, I removed “Exit” of Belle Shell, to feel like original, not app. And more: I translated it on my language (but this doesn’t affect geral work).

There’s things we need to do, but need YOUR help:

– The menu of app doesn’t update when a new app is installed. We need to close it and open again to appear the new icon.

– Everywhere when appears a bar to type text (like search, etc), a line appear on center (you can note it in app).

– Works with hardware keys. I tried to add some strings like:

– Make a extended notification bar, adding notifications like new message, calls registry, etc; and it slide smothly like original (actually, you only tap and it appears, no need to slide).

By now, it was we need. Bro, I know you’ve selling this app in Nokia Store, but I saw some posts you said about development in QT (that’s easy right?) and you bored about Symbian platform. But we love Symbian and want to improve our S60v5 old devices and you are the only person capability to do it for us!

I know you are thinking i’m crazy, but bro I trust in you.

If you don’t like to develop Belle Shell anymore, please at least provide me your project file, so I’ll try to make something, because I tried to add new features but no success. I think I need edit Belle Shell.exe, but I can’t.

And the reply from the developer (Ilko Tsenov):

Thank you for the nice words, I sure appreciate what you are saying. And your English is perfect (it’s not my native language too, so mine is not that good either).

I can assure you that Belle Shell will get a new version in a month, or in the worst case two. Unfortunately, not everything can be done with QML because it is slow and eats a lot of memory. In fact, in the next version I will move a lot of the code back to C++ in order to lower the RAM usage, which seems to be the single most important problem at this point. If I can get the RAM usage under 20 MB, it will be great.

Here are the answers to your questions:

– The menu of app doesn’t update when a new app is installed. We need to close it and open again to appear the new icon.

– Everywhere when appears a bar to type text (like search, etc), a line appear on center (you can note it in app).

This is strange, it does not happen on the test devices (I have a C6 and I have tested on 5230, 5530, 5800, N97, N97 mini, and X6 via nokia remote device testing). Can you install the program on original firmware and see if this still happens? Could the reason be some custom font? I’ve seen screenshots with custom fonts and they looked OK.

– Works with hardware keys. I tried to add some strings like:

This can not be done in QML, only in C++. The funny thing is that I have included the key handling for the red key and the menu key and it was almost finished, when I checked the store test criteria and it specifically forbids the capture of red key and the menu key, so I have removed the code from the final version. I will try to get permission from Nokia to capture these keys and make them behave as they should (red key will return you to the first home screen and menu key will bring up the menu).

– Make a extended notification bar, adding notifications like new message, calls registry, etc; and it slide smothly like original (actually, you only tap and it appears, no need to slide).

Yes, I will add notifications there but it may not be as complete as the Belle one (I will try to put what I can but some notifications are not accessible from a program). As for the opening, it will most probably remain only tap because with slide is very inconvenient, especially on the resistive touch screens on S60v5 devices. I wish it was only with tap on Belle too ;) Also, when the notification bar is full screen, the slide may be choppy but I will try to make it smooth.

I will continue with the development of Belle Shell because I like Symbian phones. They are the only open platform left. Of course, it does not make enough money to justify working on it but I will still do it because I hate to leave things unfinished and it is a nice challenge to make it work properly on the underpowered S60v5 phones.

This infact led to further queries about using hardware keys integration in app. Reply to the Developer following his previous reply:

Thank you for reply, I’m so glady now!

About error in text bar, I’m using original firmware and my device is a Nokia 5530.

About hardware keys, I think Nokia must accept, because SPB Mobile Shell have hardware keys integration and it’s on Nokia Store.

If it did not cost much RAM, you can do new dialer too, maybe?

And about notification bar, you don’t need to make like original, only “x new messages/new calls”, if possible.

And more features requested by users…

– A option to choose custom wallpaper.
– New basic widgets like Music Player. And, if possible, make compatible with external widgets (e.g I install IM for Nokia and it’s widgets appears to choose in menu).

Additionaly, if you need any help, count with me (because I’m counting with you!)

I will test the next version specifically on 5530 to see if I can reproduce it. I suspect that this is because the automatic resizing of the elements because of the smaller screen on 5530 but it did not happen on the test device on RDA. If I still can not reproduce it, I will send you a test .sis to see if the removal of automatic scaling fixes the problem.

The dialer on Belle is not that better than the one on S60v5 devices so I do not think that it is so important.

The custom wallpaper – yes, certainly, I just did not have the time to include it in the first version. I will add new widgets too, music player and maybe weather (if not very hard to extract data). However usage of the existing standard WRT widgets will be hard. Not only this is a hard thing to do but it will also eat a lot of RAM because I will need a full browser to run the WRT code, so this just can not happen.

I have some crazy ideas like animated (live) wallpapers and such but we will have to see how much can I lower the RAM usage before doing this.

So, we can definitely expect an improved version of this app and experience a true Belle feel on our beloved s60v5 phones from the Developer of Belle Shell (Ilko Tsenov). Nokia might forget our s60v5, but we Symbian fans will never let it die.

Let us know what you think about this app and this project in the comments below. 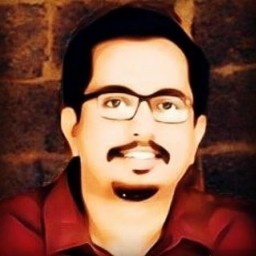 Nitesh Kunnath is a full time Web Developer, Digital Entrepreneur, Tech Blogger based out of Mumbai, India. He writes and manages his Blog and community forum at GizmoLord.com.

The OnePlus Band Is Your New Workout Companion